The Christian faith is based on a book. Therefore, it is no wonder to find that it has also spawned several other writings which shape the hearts, minds, and lives of generations of believers. This article is a brief introduction to a few such titles.

Described by R. C. Sproul as ‘a masterpiece by a master theologian’, Knowing God is a

brilliant work that explores the grandeur and glory of the sovereign God. A spiritual classic by the British theologian J. I. Packer, it is an invitation to truly understand who God is.

Often, all we have are notions about God. But to gain real knowledge, we must cultivate a relationship with him. As Packer himself notes: “Our aim in studying the Godhead must be to know God himself better. Our concern must be to enlarge our acquaintance, not simply with the doctrine of God’s attributes, but with the living God whose attributes they are.” And this book, first published in 1973, remains a helpful guide.

Like its central character, Bunyan’s allegory has traveled the world since it was first published in 1678. Translated into over 200 languages, it has gripped countless

imaginations and minds across several continents. It presents the journey of a Christian in the form of a journey from the City of Destruction to the Heavenly Jerusalem and paints a remarkable and profound picture of the experiences, dangers and joys in between.

A staple of many Christian homes for several generations, The Pilgrim’s Progress contains a solid body of theological discourse framed as an epic journey. The reader will learn about the need to flee the life of sin, the relief that an awakened person feels when he encounters the cross, the many temptations and trials a believer contends with, the pleasures and delights of fellowship and communion on the Christian path, and a host of other themes. Unsurpassed in its imagery, it remains a treasure for generations to come.

First published in 1958, it gently introduces the seeker to the person of Jesus Christ, the human need for forgiveness and reconciliation, the redeeming work of Christ, as well as the required response for every individual. But it’s more than this. It is a simple yet powerful manual to set the feet of the believer on a firm footing. It is a basic overview of the gospel, with an evangelistic appeal.

This book is highly esteemed by many. And the reason is obvious. It addresses a tough subject in a lucid, thorough, and forceful manner. A collection of 20 sermons, it’s probably unrivaled in style and approach

to the theme it addresses.

Its author, John Charles Ryle, was an evangelical minister within the Church of England. As the first Bishop of Liverpool, Ryle held a role that required him to confront changing moods, attitudes, and beliefs. As a result, his writings are effective at calling believers to the established path of truth in a world of changing opinions. And Holiness is a classic example. We see holiness in its diverse aspects, its nature, hindrances, difficulties and roots, as the full title puts it. And he admonishes us in the last chapter that ‘Christ is all’, for it is in Him and through him that our holiness is possible.

How Now Shall We Live?

When God took hold of him shortly before he went to prison in 1974, Charles Colson became a champion for a comprehensive Christian worldview. His tireless advocacy for justice and prison reforms was itself a result of this new outlook on reality. And among

several other titles of his, How Now We Shall Live, which he wrote with Nancy Pearcey, is of major value.

It discusses the now popular understanding of Christianity as a story in four acts of Creation, Fall, Redemption, and Restoration. By starting with an introductory discussion of what worldview is and why it matters, it helps us understand our origin and purpose as humans; it considers what has gone wrong with the world; it examines how God’s redemption through Jesus is the only means of fixing the problem; and it also sketches how this restoration of God’s purpose would look like across different aspects of life and society. At around 600+ pages (for the study guide edition), it is a heavy but worthwhile read.

The Pursuit of God

It is one thing to walk with God. It is quite another to be in passionate pursuit of him. The second relation is what A. W. Tozer calls us to in this spiritual classic. God is not a set of formulas we can master, but a living being whom we must come to know. And we can only know him when we are earnest after him. This book is thus a call to spiritual pilgrimage. 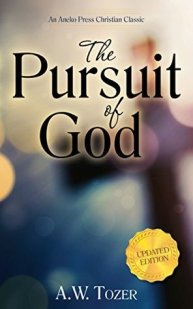 Published in 1948, this little book has had an impact way beyond its size. Several decades later, it still calls us to a genuine, passionate, deepening relationship with the Most High. Nothing less would do.

The Reason for God

Tim Keller’s bestseller examines the doubts and questions he encounters from skeptics and inquirers while serving as a pastor in New York City. And he discusses how the gospel is still credible and commendable in spite of them. He examines the objections which stem from scientific knowledge, those 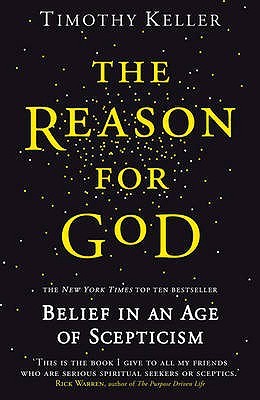 which proceed from false assumptions about the nature of truth, as well as some which are actually misunderstandings about what Christianity actually teaches. Then he points the reader to clues about God in nature, and the brokenness which sin has introduced into our universe. He shows how the cross and the resurrection present us with the only true solution. In a world that has embraced pluralism, and considers religious talk to be nonsense, Keller’s book helps us to see the reason for God.

Our faith becomes thin and shallow when detached from the experiences of others who have lived before us. As a community extended through time and space, the Church (of which every believer is a member) comprises all who have come to know Christ and rest in him as Lord and Saviour. And their journey of faith inspires and encourages the multitudes who would follow after them.

70 Great Christians examines the stories of such individuals who have shaped the course of our world in some form or the other. Ranging from pastors to theologians, politicians and writers, it gives a broad picture of the story of Christ’s church. We learn of Augustine and Wilberforce,  Luther and Ambrose,  Spurgeon and Slessor,  and we are invited to find our place in that grand story.

Ready with an Answer

Is the Bible reliable? Did Jesus really rise from the dead? Is creation true? These are not mere intellectual puzzles. Their truth or falsehood affect the reality of the faith we profess. As Paul himself observed, if Jesus did not rise, no one is saved! While a good number of Christians rarely consider

these questions, it is the responsibility of every believer to have an answer for anyone who asks a reason for the hope we have. And the two authors do a fine job of helping to sift through the different responses or attitudes to these themes. They’ll take us on a session of exploring what other scholars have said about Christ and how prophecies confirm he is indeed the Messiah, we’ll examine how archaeology confirms the biblical record, and study how the theory of evolution cannot stand up to science or reason.

All Things for Good

Thomas Watson is a delightful writer to read. And this title, like many others of his, is proof. At around 50 pages, the book poignantly distills Paul’s admonition in Romans 8:28:

And we know that for those who love God all things work together for good, for those who are called according to his purpose (ESV).

As is typical of his Puritan peers, Watson is a master expositor, skilled in drawing out the rich nuances and meanings of biblical texts. The result is a heartwarming and practical guide for the believer, a clear and punchy manual reassuring us that God works through every situation for the good of his elect.