Photo by William Iven on Unsplash

*Call it a digital detox, this volume is an attempt to guide Christians on thinking clearly about the modern world of media and communications.

A different theory of communication

Dr Schuchardt takes the reader right to the very beginning by considering the meaning of the terms themselves. What does Media mean? What about Communication? While we are used to thinking of communication as just the transfer of information or a message along a channel between two parties (a transmission model), the author points us to an alternative theory which focuses on the effect of the chosen medium itself in shaping the conveyed message (the transportation model). And in that regards, this is a really helpful book.

Among Christian groups, evangelicals have been known for a zeal to reach the world with the gospel. We fervently believe, and rightly so, that the world lies in darkness and that Jesus is their light. In view of this, we try to adopt every possible medium that we think will aid us in achieving this. Books, radio, newspaper, TV, the internet, and even social media, have all been adopted and enlisted in the global evangelistic campaign. Right from the days of the Reformation, the Great Awakening, the Missionary Movement (which brought the gospel to my own country), down to the phenomenal ministry of the late Billy Graham in the twentieth century, every possible medium has been explored in a massive attempt to bring people into Christ’s kingdom and nurture them as disciples.

But, as this volume examines, might our uncritical zeal be smothering our message? Might our indiscretion in media selection be hurting the Church’s witness? These are the questions we are invited to ponder. In answering them, Dr Schuchardt takes us on a journey through pedagogical history. We learn of the outlook which lay behind the liberal arts education cultivated in ancient Greece and its brilliance in fostering an orientation toward lifelong learning. Aside from being a system which was in itself elegant, cumulative and integrative, it was also an attempt to get the learner to focus on the good, the true, and the beautiful (a perspective which we sorely need today in view of the deluge of ‘information’ via social media).

The rule of digital media 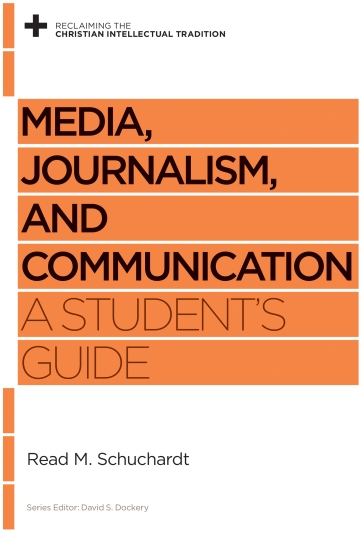 The sheer influence of the media in today’s world is a cause for concern. The author described it in these stark words:

“Well, the blunt reality is that your parents, teachers, and religious leaders have been lying to you all along. They meant well, they intended the best, but they haven’t ever told you the truth. And that’s not because they didn’t mean to, want to, or try to—they are good people, for the most part. But the lie they told you wasn’t in the content of anything they said. The lie they told you was that they were your parents, your teachers, and your religious leaders. The truth is, they weren’t. The media was, and is, and will be, until you
die.”

Living as I do in the modern city of Lagos, I know that this problem is not restricted to America. A lot of ideas are brought to my mind by the media (be it Facebook or DSTV), and I am constantly being taught how to view the world by CNN. I think I am thinking but I am just being led to think along a certain direction by the platforms I interact with. And this can be startling when I remember that I am supposed to be the light of the world!

As digital media channels grow in influence, they suck (or attempt to suck) all of us into their domain. The decline of print materials (both books and periodicals) is a key casualty in this advance. But there are others. As the author describes, the 8-12 hours of daily electronic mass media consumption results in some problems of a psychological (and more significant) nature. These include:

“Where is the Life we have lost in living?

Where is the wisdom we have lost in knowledge?

Where is the knowledge we have lost in information?”

Thankfully, the Christian worldview offers a hint at a solution. As the author reminds us, ‘it is crucial to consider that the medium of Christ’s message was embodied communication, and that this may indeed be the only salvation from an otherwise technologically determined enslavement.’ (p. 63) To resist the disembodying of digital media, it is wise to take seriously the art of witnessing to Christ through our personal interactions in the real world.

A call to discernment

The summary lesson for the Christian reader is found in these lines on p.67:

“If contemporary Christians wish to transmit a meaningful gospel to a world awash in meaningless media, then they have a dual dilemma to confront before they can hope to proceed successfully. The first is that they must understand how the evolution of the medium of transmission affects the meaning and reception of the message of the gospel. The second is that they must understand whether technological change necessitates a methodological change in storytelling, or whether there is a timeless principle in Scripture upon which to make effective media for Christ and his kingdom, regardless of the age in which one lives.”

The Christian is called to discernment. We are not to run away from digital technologies nor retreat into an evangelical cave. That is not the point of the book. When we understand the nature of media, communication, and the myriad forms they take in our modern context, we are in a better position to select which medium would help convey our message without presenting a different gospel altogether.

*Read Mercer Schuchardt. Media, Journalism, and Communication: A Student’s Guide (Reclaiming the Christian Intellectual Tradition). Crossway, 2018. 128pp. A complimentary copy of this book was provided by Crossway through the Blog Review Program.