Easter is more than a commemoration; it is a celebration of victory. Death no longer has the final word, for it was defeated centuries ago. 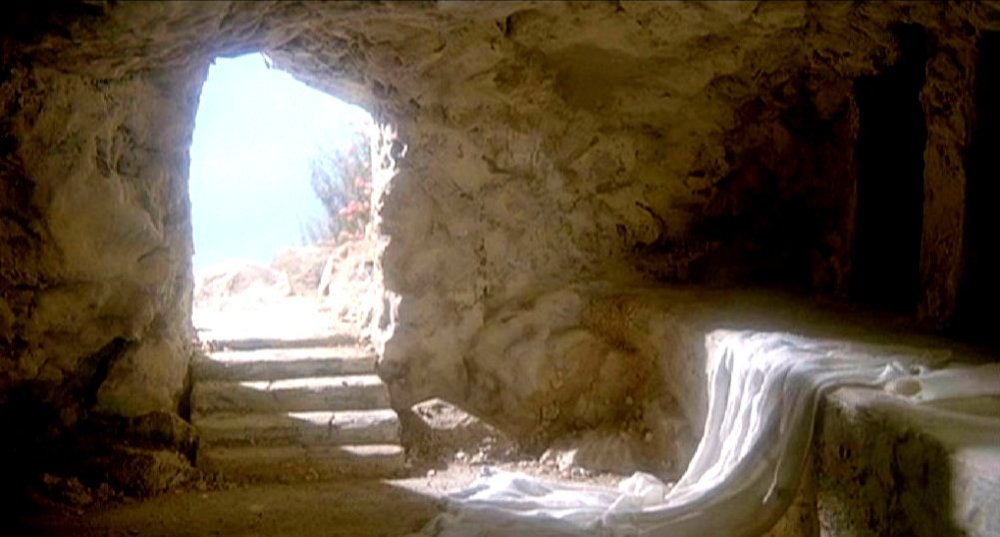 Each year, Christians celebrate Easter, which marks the death and resurrection of Jesus Christ. According to the Gospels of Matthew, Mark, Luke, and John, Jesus was a Jewish religious teacher who lived in the first century AD. He was arrested and condemned by the Jewish religious leaders, and crucified by the Roman authorities. He was killed outside the city of Jerusalem and buried later that day. On the third day, however, he rose from the grave, appearing to many of his disciples over a period of forty days.

The coming of Jesus was a fulfilment of divine prophecy. Isaiah, a Jewish prophet of the eighth century BC, had written of the expected messiah who would be ‘despised and rejected by men, a man of sorrows, and acquainted with grief’. (Isa.53:3). He went on to describe the life of this messiah thus:

Surely he has borne our griefs

And carried our sorrows;

Yet we esteemed him stricken, smitten by God, and afflicted.

But he was pierced for our transgressions;

He was crushed for our iniquities;

Upon him was the chastisement that brought us peace,

And with his wounds we are healed.

We have turned—every one—to his own way;

And the Lord has laid on him the iniquity of us all.

But the Messiah was to be more than just a suffering servant; he was to be a conquering king. He was born to rule. Speaking of him, King David wrote:

The Lord said to me, “You are my Son;

Today I have begotten you.

Ask of me, and I will make the nations your heritage,

And the ends of the earth your possession.

You shall break them with a rod of iron

And dash them in pieces like a potter’s vessel”

Interestingly, the passage quoted earlier from Isaiah was preceded by a declaration that the coming of the messiah meant that God’s reign had begun:

Later in the same chapter, the people are summoned to ‘break forth together into singing’ (v. 9). Why? Because the Lord had ‘comforted his people; he has redeemed Jerusalem.’ ‘And all the ends of the earth will see the salvation of our God.’ (v. 10)

Thus, the entrance of the messiah is an announcement of victory. The Messiah is the ruler over the nations.

To those who are familiar with the life of Jesus Christ, this point about the victorious reign of the messiah might seem confusing. Wasn’t Jesus killed by the Roman authorities? Weren’t the Jewish authorities pleased that they had got rid of him and his disruptive preaching? That sounds more like defeat than a victorious conquest.

Yes, he was killed. And, yes, he was buried. But in that seeming defeat lay the power to transform creation. For on the third day after his death, he rose again. And with his resurrection, the new age known as God’s kingdom, and which all the prophecies point to, was inaugurated. The death and resurrection was a defeat, but not for Jesus and his message; it was a defeat for Satan and his rule over the earth. With the coming of Christ, God announced that the universe had entered a new phase in its history – the era of God’s rule.

Why the Resurrection matters

According to the apostle Paul, the resurrection of Jesus – which we celebrate today – is the high point of the Christian story. As he wrote in his letter to the Corinthians:

For if the dead are not raised, not even Christ has been raised. And if Christ has not been raised, your faith is futile and you are still in your sins.

Thus, the resurrection of Jesus was more than a mere historical curiosity; the genuineness of the Christian’s faith depends on it. If Jesus did not rise from the dead, your faith is a sham. Period.

However, Paul was convinced of the truth of the event. And he included a list of witnesses who had seen the risen Jesus, among which was himself (1 Cor. 15:5-8).

Aside from being the crucial determinant of the truth of Christianity, the fact of the resurrection is a motivation for much in the Christian way of life:

The resurrection was the emergence of a new creation, a new order of things. The earth had lain in corruption, with the entire creation groaning in decay and waiting for the revealing of the sons of God (Rom. 8:19). On the third day of his death, Jesus emerged from the grave as the head of God’s new creation. With this, the kingdom of God, which was his mission and message, was finally inaugurated. And his disciples would go on to proclaim this victory of God among all nations, teaching them to obey all that Jesus had taught (Matt. 28:19, 20).

But with the empty tomb on Easter morning, we realize that this was no ordinary death. In fact, it was the death of Death itself. And by that historical occurrence, the world has forever been altered. God’s kingdom has broken loose and the world is never the same again.

The resurrection of Jesus is the assurance that all who trust in Jesus will one day rise from the dead like Him. Not to the same order of things (that would not be something to rejoice over), but they would rise to be partakers in a new creation. No more death, no more sickness, and no more pain (Rev. 21:4). All men would worship Jesus and would live in harmony and fellowship with the triune God (John 14:23) forever and ever.

This is the reality and the promise of Easter.