We are confronted with various ills in the world today. Terrorists murder hapless individuals in Afghanistan and Nigeria. A young British soldier is mercilessly butchered in his own country. A man kills his own mother for ritual purposes. These are the ones that make headlines. But what about the less publicized but equally true occurrences? The everyday scenarios that continue to describe 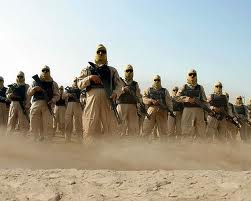 modern life. A married man goes after another woman and destroys his home in the process. An employee betrays the trust of his employer through indolence or fraud. Children insult their parents and curse their teachers.

How do we interpret the above? How can we make sense of them? One approach, of course, has been to assume they are normal features of earthly life. The world is simply like that. I think the most important objection that could be raised against this explanation is that it simply goes against our innermost convictions and our sense of morality and justice. We perceive that these are anomalies. And we recognize, if we cannot explain, that this is not the way the world was meant to be. Therefore, what we need is a story that properly accounts for the realities of evil in the world and our own sense of revulsion towards

There is no better story than the Christian worldview. The Christian outlook presents the history of the world as one story in three parts: Creation, Fall, and Redemption. It clearly reveals that the world was made good. At the beginning, the whole universe was fashioned by a loving God. After setting the stage with lush green vegetation, populating the ocean with amazing creatures, he formed humanity in his own image and set them on earth to live. By his own testimony, everything was excellent. Not a single fault (Gen. 1:31). This was the Creation

Soon after this, the first created humans turned against God. They refused to heed God’s command and instead chose to do their own thing. And the result? They became corrupted. An earlier pronounced curse came into effect and they died spiritually (Gen. 2:17). This was the Fall. Their misfortune was so great that centuries later, Paul the apostle would describe the human condition as follows:

‘having their understanding darkened, being alienated from the life of God, because of the ignorance that is in them, because of the blindness of their heart;  who, being past feeling, have given themselves over to lewdness, to work all uncleanness with greediness.’ (Eph. 4:18, 19)

And this is the root of all the moral distortions that we experience today.

However, like many great stories, the Christian worldview features an interesting turn of events. God himself reveals that hope is not lost. By a gradual process, he brings humanity back to himself. His plan of redemption begins right at the moment of man’s rebellion and was steadily pursued through God’s dealings with his chosen people, the Jews. It reaches a climax in the life, death and 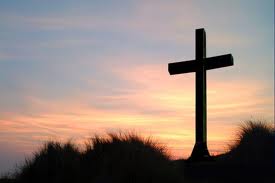 resurrection of Jesus the Messiah. His sojourn on earth was for no other reason other than to reconcile humanity to God. And he has poured out his Spirit upon his people to equip them with power for bearing witness to the truth. Through their lives and their message the kingdom of God is being established on earth. So in the midst of social darkness and civil unrest, the Christian worldview offers the light of hope to the nations of the world. This is Redemption.